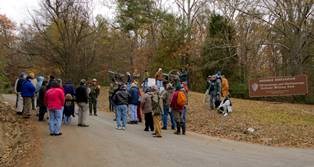 “The federal case was filed on behalf of Roger Rodas, who was the driver of the Porsche Carrera GT and was killed instantly upon impact.

Meadow’s father, Paul Walker, was a passenger in the car.

He survived the crash but was trapped and burned to death because of the vehicle’s defects.

Where is the car that Paul Walker died in?

Photo in the article by “National Park Service” https://www.nps.gov/chch/learn/historyculture/missionary-ridge.htm